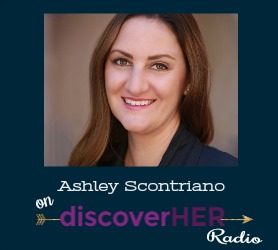 The Scontriano family has called the city of Santa Cruz home for some 90 years. My public education began attending Westlake Elementary, then Branciforte Junior High, Harbor High School and UC Santa Cruz until graduating with a B.A. in Communication from Santa Clara University. Life soon taught me nothing comes easy and to work hard for everything you wish to achieve. Respect everyone along the way and help others every chance you can. When I returned to Santa Cruz after college I began working in advertising sales with Metro Santa Cruz, jumped over to the Good Times, then was sought by the Santa Cruz Sentinel to help launch a magazine called Santa Cruz Magazine. Since then I’ve worked in fundraising at UCSC for both the Arts and the Humanity Division. In 2014 I followed my passion to work with animals and now own and operate my own business. It was my parents, however, that instilled the entrepreneur bug. From 1939-2009, the Dolphin Restaurant at the end of the Santa Cruz Wharf was owned by my family.

Entrepreneurs and their employees are the back bone to any thriving local economy and I personally know the struggles of being a small business owner and believe city government should cooperate with local businesses to allow them to be a cornerstone of our local economy. Santa Cruz has always been my home; it’s where I want to see a thriving, vibrant and safe community. We are long overdue for leader ship who will tackle the complex issues of our community which include safety, housing shortages, and business growth. New revenue streams need to be welcomed so the city doesn’t keep digging into the same pockets. It’s time for a new voice with a fresh outlook and I believe I can provide that voice.

The City of Santa Cruz needs to do better and a vote for Ashley will be a move in the right direction.