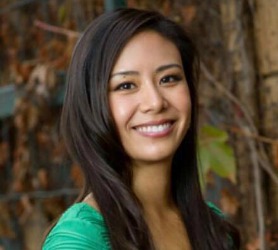 LMFT, life coach, entrepreneur and mother of two, Janet Huh grew up in the Los Angeles area. She always knew that at some point she’d become an entrepreneur just like her father, who owned one of the largest restaurants in L.A.’s Koreatown. As a first generation Korean-American, Janet comes from a long line of entrepreneurs. While growing up, she saw just how much dedication, hard work and passion it takes to fight burnout, tap into your goals and be successful as a business owner.

She moved to Santa Cruz nearly nine years ago to be with her now-husband and complete her LMFT at Bethany University, and fell in love with the mountains, the beaches and the community. Janet had a huge community in L.A., but what she loves about the close-knit community that she’s built in Santa Cruz is the level of accountability it fosters. And it’s here that her family has grown to include her daughters, ages two and four.

While completing her undergrad in Business Economics at UCLA, Janet was a model, traveling around the country and abroad, so after graduation she continued on that path for a few years. When the recession hit, she found herself with some spare time on her hands. Being the doer that she is, Janet decided to do start volunteering at a domestic violence shelter. In order to do so, she was required to attend a rigorous multi-day training program, during which she found an innate passion for psychology. That’s when she decided to go back to grad school and become a licensed LMFT, a five-year process from beginning to end.

One of Janet’s biggest challenges occurred during grad school. She was in a very small cohort, and they all had to process their “stuff.”

“No matter how great things were growing up, everyone has something to process—no upbringing is perfect.” Janet says that growing up Korean-American, it was taboo to speak of such matters outside of the family. “Addressing this and being able to express that, hey, things weren’t perfect growing up and that’s ok, and to see the strength underneath the challenges that I’ve had to face in my life has been one of the most growth-producing things in my life.”

Being a Korean-American woman has also influenced Janet’s desire to give a voice to people who are told they shouldn’t have a voice.

“It has been a huge mission of mine to help people who don’t have a voice, or who have subdued their voices, to really find that voice and find that strength to face the challenges in their life head-on… My upbringing has forced me to really identify what it is that I want and to go after it, instead of just hoping that everything works out.”

She established her own family practice, simultaneously becoming a new mom. Between it all, her social life fizzled. She then discovered both a social circle and business opportunity through Rodan & Fields. “I loved the fact that I could build a business with my friends and have their support—I didn’t have to go it alone.” At the time, she didn’t realize there would be so much overlap between her business and her coaching and therapy, but one of the things she fell in love with most was coaching her Rodan & Fields team members, helping them to identify their goals and reach them.

She’s actually more of an introvert than extrovert, which people are always surprised to learn, because she’s very comfortable in group settings. But she prefers one-on-one connections, which is why she loves coaching, and she needs alone time to recharge.

Janet is driven by meaningfulness and sense of fulfillment, and she loves learning and growing to keep her forward momentum. “I challenge myself to learn something new every day, even if it’s just a fact. I learn through my children every single day—I learn a lot about myself through them every day!”  And self care keeps her at her best so she can serve others. “Self care is not just for you, but those around you too.” For her, this comes in the form of meditation, quiet time and yoga.

Of the skills vital to success, Janet say that people skills are one of the most important to learn: how to get along, how to have boundaries and how to compromise when you need to. Optimism is another: some are born with it, some have to learn it, but life is hard and it’s a skill that needs to be honed continually. She’s always searching for the silver lining—“It’s pretty rare that people can’t find just one thing to be grateful for.” A third: being mindful of what is in your control and what is not. Much of her coaching centers around communication, with self and others. She says that many people are plagued by negative self-talk, and learning to have self-compassion and empathy, let those negative voices have their say, then recognizing where truth lies and where falsehood lies can be very helpful in learning where to put your energy.

“Embrace your fear, because if you’re not ever scared, then you’re not reaching, you’re not challenging yourself and you’re not going to grow.”

Janet is excited about working with people who want change in their lives. That’s what drives her, whether it’s helping people start their businesses, coaching people through personal issues, counseling people, or helping them to have better relationships.

“I love hearing people’s real life stories of strength and resilience, and when I see change in people, when I can see people’s mindset changing to really embrace who they are and sharing this new sense of self with others, that inspires me so much to just continue to do the work that I’m doing.” 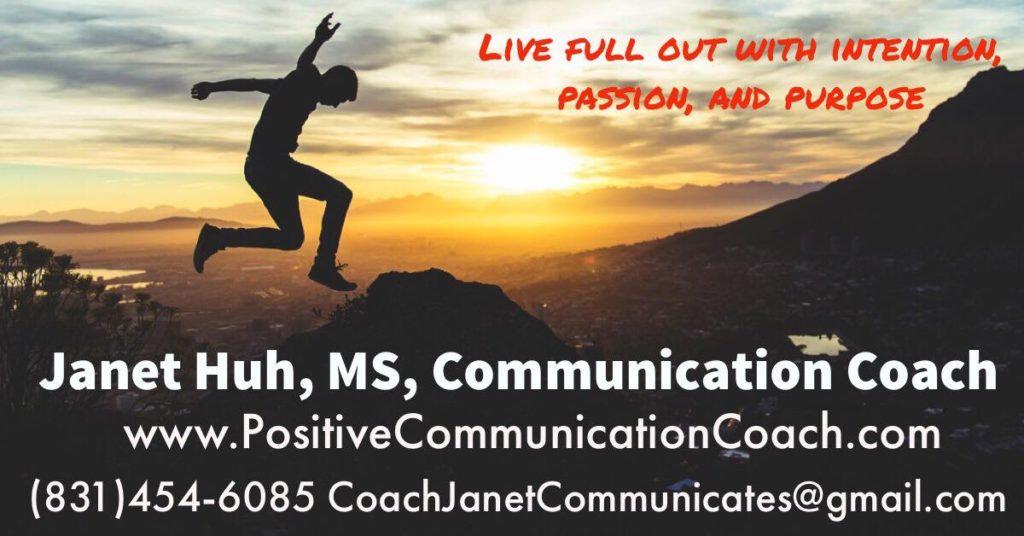