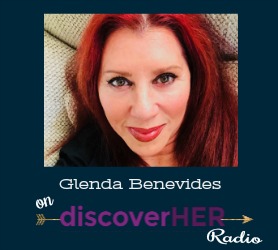 Raising awareness and a call to action has been Glenda’s theme, along with compassion which moves through the spirit of all Glenda’s work and being. If she is not singing and performing, writing music or developing her Never Give Up script for tv, she is contributing to her magazine to support a conscious community for woman to be fully self expressed and empowered.

Singing professionally at the age of 16 she went on to tour around the world from Asia to Canada to Europe to the UK. Always taking time to sing for non-profit fundraisers and rallies, which includes, candidate for the Democratic nomination for President of the United States in the 2004 and 2008 Dennis Kuchinic and recently flew to Montgomery Alabama for Senator Doug Jones 2017 winning rally. Supporting local “Look a Book foundation” (Cabrillo College), Children’s Hospice Jacobs Heart, Sulha Peace Project – healing the children of Abraham (Inner Light Ministries), exclusive fundraising gala for The Shakespeare Society of America just to name a few.

With this she went on to start her own record company Good Witch Records in 2004, currently adding Mirror Speaks The Truth productions for music in film and tv. Also, in the production house is Global Badass Goddess online Magazine and podcast (2018-19), which features women from around the world sharing stories of inspiration and empowerment.